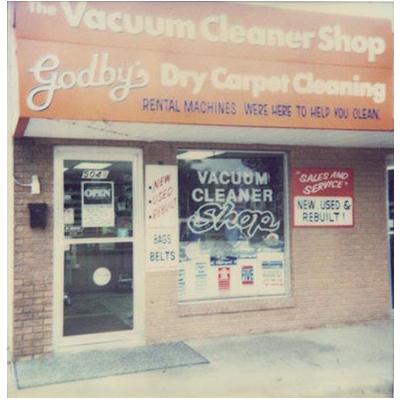 Our company began as “The Vacuum Shop”, a small vacuum cleaner shop in Muskogee, OK.  The store consisted of approximately 250 square feet and was established by Jim and Sharon Stewart in 1981.  Lewis and Becky Godby purchased the shop in 1985, which consisted of approximately $5,000 in inventory and no employees.  In June of 1986, Godby leased a new custom-built building with 950 square feet and added sewing machines.  The store’s name changed to "Godby's Sew-N-Vac Shoppe” and continued to expand.  In 1988, Godby purchased "The Sewing Machine Store" in the Farm Shopping Center in Tulsa, OK and expanded to include multiple machine brands.

In 1992, additional expansion plans began.   A key element to the plan was to reduce the number of brands and form a stronger relationship with 1-3 sewing machine distributors.  The vision was to have exclusivity for the entire state of Oklahoma.  Discussion was held with each current distributor and none were interested in granting exclusivity for such a large land area.  In 1993, the marketing proposal was presented to Tacony with the Baby Lock line.  Tacony's desire to create a stronger, aspiring independent dealer network gave them the fortitude to try this concept.  Three years later Godby's was the largest independent sewing machine dealer Tacony had with wholesale purchases exceeding $1,000,000.  Elna also agreed to the new marketing plan in 1994 and granted a dealership for the state of Oklahoma.  A process of discontinuing the other dealerships was then undertaken.

With the marketing plan in place and two distributors backing Godby's, the expansion plan continued.  After working closely with Godby for many years Mary Hess became Operations Manager in 1995.  She was instrumental in helping to chart the course for the expansion, which began in 1992 and became vital to the growth of the business.  In the spring of 1995, Godby's changed their name to B-Sew Inn and through the course of the year opened three lease departments in Arkansas, Missouri, and Oklahoma.

In March of 1997, Mary and James Hess purchased the business from Lewis and Becky Godby.  Mary continued to fulfill the 5-year marketing plan as she turned lease departments into full-service stores.  By the summer of 1998, B-Sew Inn represented full service retail stores throughout the tri-state area.

In 2002, B-Sew Inn opened a 16,000 square foot facility in Tulsa to host their largest retail showroom, a centralized service center, plus a 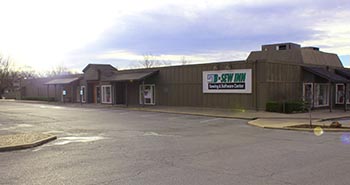 fully equipped Technology Training Center to provide nationwide education.  In 2004, in order to serve the growing population of northwestern Arkansas, B-Sew Inn’s Fayetteville location was opened.  With the ever-expanding business, in 2005, land was purchased in Muskogee, OK and a 6,000 square foot business office/warehouse facility was built to serve the five retail locations.  Expansion continued in 2006 in Springfield, 2007 in Oklahoma City, and 2009 in Fayetteville.  All three locations upgrading their facilities in square footage and amenities to better serve the expanding interest in the sewing industry.

Additionally, B-Sew Inn continued to develop their statewide Education Division for schools in Oklahoma.  This division, known as B-Sew Inn Education Division, was instrumental in maintaining the art of sewing in the classroom curriculum.  After researching the Missouri education system, B-Sew Inn launched the Missouri Education Division in 2001.  In 2005 Arkansas was added to the Education division.  This division currently spreads across three states serving over 1,100 school systems. In 2013, the school division was expanded to a national program to provide products and services to schools throughout the country. 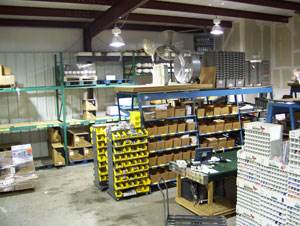 Based on the philosophy of continually expanding market share potential, the Outside Sales Division of B-Sew Inn actively marched forward with growth.  In the past decade, B-Sew Inn has participated in excess of 100 outside sales opportunities, including State Fairs, Home Shows, Sewing Retreats, and Embroidery Parties.  B-Sew Inn continues to research the sewing industry, as well as other related industries, to ensure the future growth of the overall company through outside events.

Who We Are Today 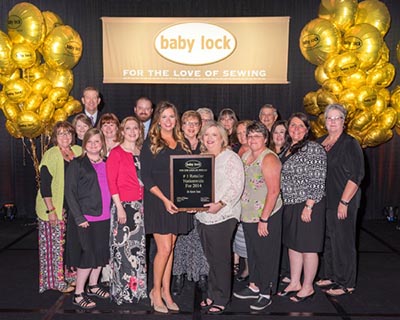 B-Sew Inn’s Service Departments are operated with Factory Certified Technicians that collectively have over 100 years of experience in sewing machine repair and service.  This team of outstanding technicians work together to service all customers, including commercial customers.  Service is available for all brands and models of machines.  B-Sew Inn recognizes the ever-changing technology in sewing and is committed to continued training of all team members in the service department. 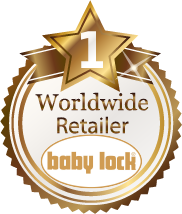 The first in the nation to offer fully equipped Education & Technology Centers, all B-Sew Inn locations offer hands-on instructional guide classes for sewing and software products sold through their retail locations.  These centers have technology to provide customers the unique opportunity to utilize webinars & other video based education.  With Certified Sewing Consultants dedicated to the classroom, B-Sew Inn is able to offer a wide-variety of interactive, inspiring educational events; including B-INSPIRED Club and Anita Goodesign TV Workshops which meet monthly for continued learning and inspiration.

B-Sew Inn offers a program designed especially for the person wanting to learn to express their passion of creativity. The “Learn to … Series” was founded with “Learn to Sew”, an 8-week beginning sewing program and recently expanded to include the 2nd series “Learn to Serge”.  Owner Mary Hess recently said “Customers are continually asking for basic classes and we believe this is an area where the Sewing Consultants of B-Sew Inn can meet the need and inspire all ages of men, women, boy and girls.”

In addition to the “Learn to … Series”, B-Sew Inn now offers “Project Sew” for children ages 9 and over.  Project Sew includes summer camps, monthly Stitch It Up classes & “sewing” themed birthday parties. These programs were developed with stylish, fashionable projects to keep inspiration and creativity alive in all generations!

B-Sew Inn Sewing and Software Center is one of the industries leaders and owner Mary Hess credits this success to “passionate customers, dedicated team members, trustworthy suppliers and the faithful blessings of God”.  This combination has allowed their team of Sewing Consultants to creatively care about each customer and this Christian-based company to be poised to grow and meet the challenges of the future.  The Sewing and Quilting Industry continues to expand in many areas, including the most revolutionary growth in technology and software.  “Each challenge will be viewed as an opportunity,” says Mary Hess.  “Sewing is not only a stress relieving opportunity, but continues to be an inspiring hobby to many consumers.  Creativity can be endless as technology delivers options as never seen before in the sewing, quilting and craft world.  Each day I have the privilege to work side-by-side with over 50 team members and we are committed to honesty, integrity and superior service to our customers.”

Select the fields to be shown. Others will be hidden. Drag and drop to rearrange the order.
+ Compare
Scroll to Top